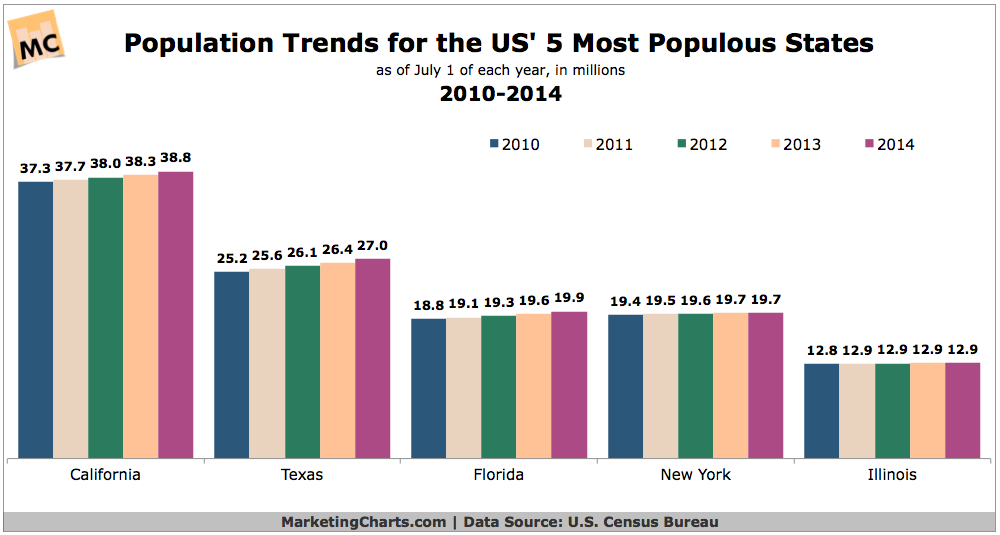 It came close last year, but now Florida has overtaken New York to become the third most-populous state in the US, according to the US Census Bureau, which released updated figures last week. As of July 1, 2014, the Census Bureau estimates that there were 19.9 million Florida residents, versus New York’s 19.7 million, with Florida adding 293,000 residents over the prior year (803 per day) compared to 51,000 additional for New York.

According to Census Bureau data covering 2012, the New York to Florida move was the most common state-to-state move, with almost 60,000 residents making it. Read the rest at MarketingCharts.