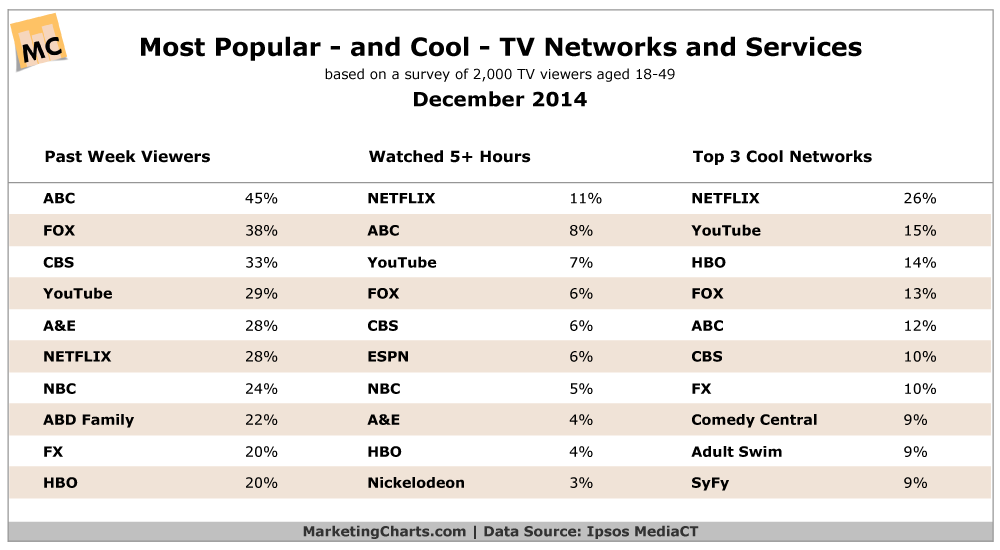 Netflix is among the top-3 “cool” networks or services for a leading 26% of TV viewers aged 18-49, according to results from an Ipsos survey, followed by YouTube (15%) and HBO (14%). The list contains an assortment of niche networks such as Adult Swim (9%) and Comedy Central (9%); notably, networks such as ABC and CBS aren’t considered by many to be among the top 3 “cool” networks despite being the most broadly watched. Source: Ipsos MediaCT