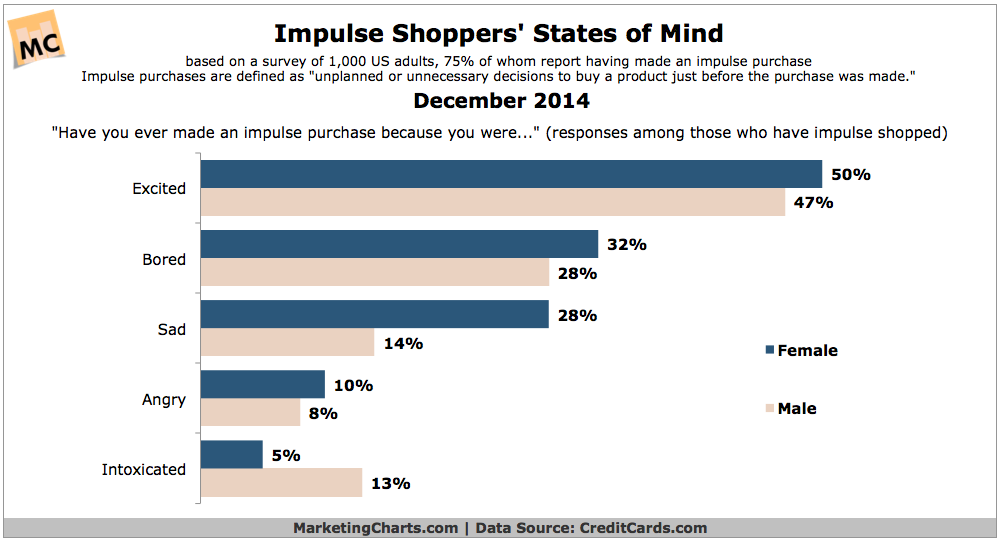 Youth (18-29) are the most likely to have made an impulse purchase, per the CreditCards.com survey, with 88% claiming to have done so. Among the 3 in 4 respondents who have made an impulse purchase, 50% of females and 47% of males report having made such a purchase because they were excited, with boredom (32% and 28%, respectively) another key state of mind. Among impulsive shoppers, men were almost 3 times as likely as women (13% vs. 5%) to have made an impulse buy due to being intoxicated. Separately, the study notes that men tend to splurge more on their impulse buys than women. Source: CreditCards.com