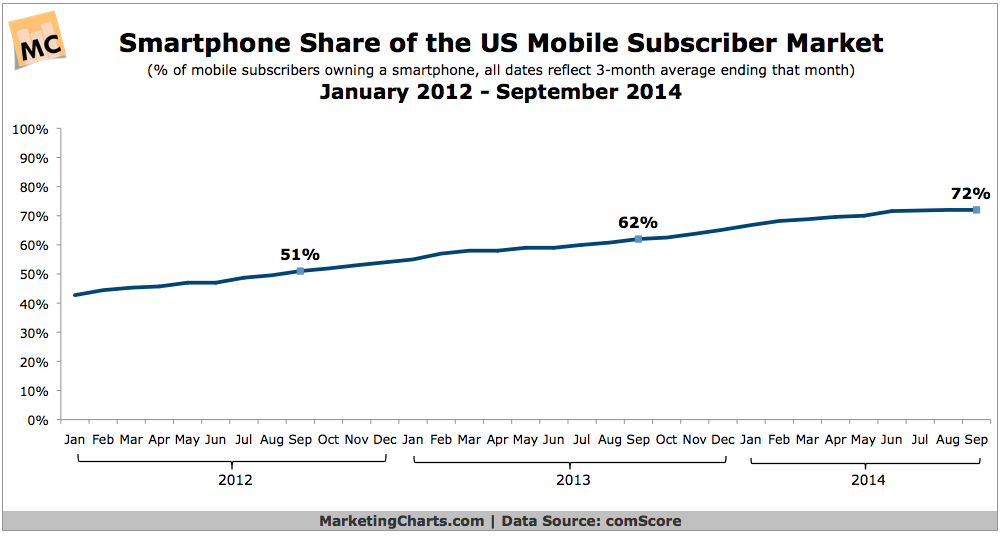 While 72% of mobile subscribers aged 13 and older owned a smartphone during the 3-month average period ending in September, that was only up 0.4% points from the preceding quarter, per comScore’s figures. Whether or not that signals some sort of market saturation remains to be seen, but it should be noted that penetration had been rising by ~3% points every quarter for some time. Separately, Apple remained the leading OEM, though its market share dropped by 0.4% points (to 41.7%) from the prior quarter. Android kept its position as the top platform, used by 52.1% of subscribers in Q3, up 0.2% points quarter-over-quarter. Finally, Facebook was again the top app by reach among adult smartphone users (iOS and Android platforms.) Source: comScore