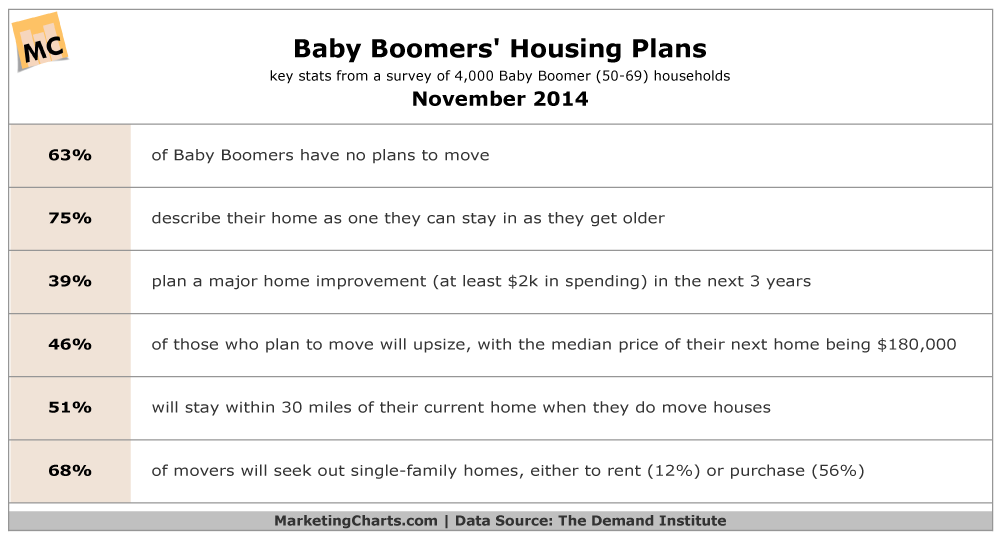 Some 63% of Baby Boomers (50-69) plan to “age in place” and three-quarters describe their home as one they can stay in as they get older, according to a survey of 4,000 Baby Boomer households. Instead of moving, many have plans for major home improvements in the next 3 years, with 39% expecting to spend at least $2,000 on improvements. Top reasons for doing so include increasing the home’s value (78%), making repairs (78%) and energy efficiency (66%). Separately, among those who do plan a move, almost half expect that the cost of their next home will be the same or more than their current one. Source: Demand Institute [PDF]