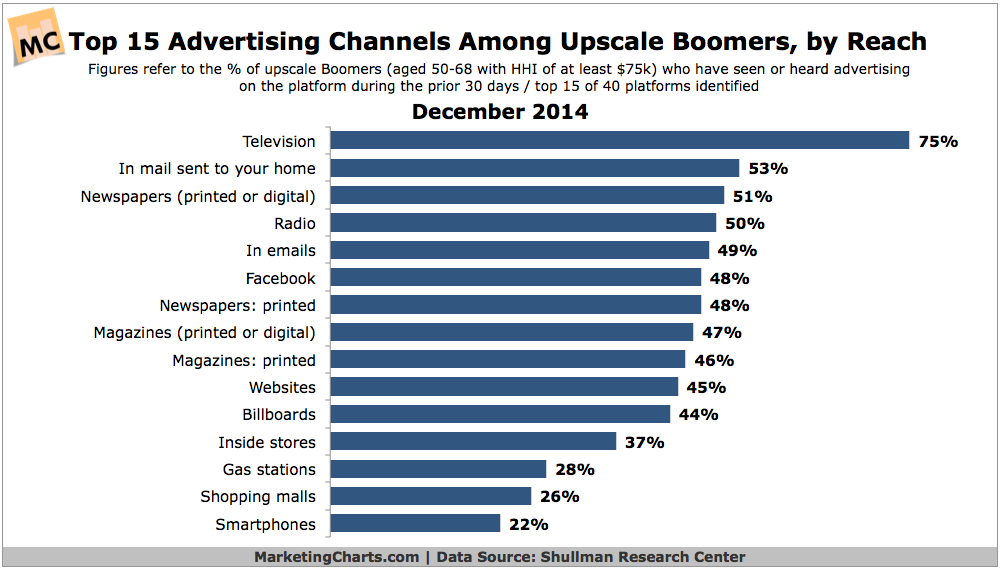 TV ads have the broadest reach among upscale Boomers (those aged 50-68 with household income of at least $75k), according to new data released by the Shullman Research Center that segments previously-released data by generation. Three-quarters of upscale Boomers reporting having seen TV ads during the 30 days prior to the survey, with a majority also reported having seen or heard advertising in mail sent to their home (53%) and in newspapers (printed or digital; 51%). Source: Shullman Research Center