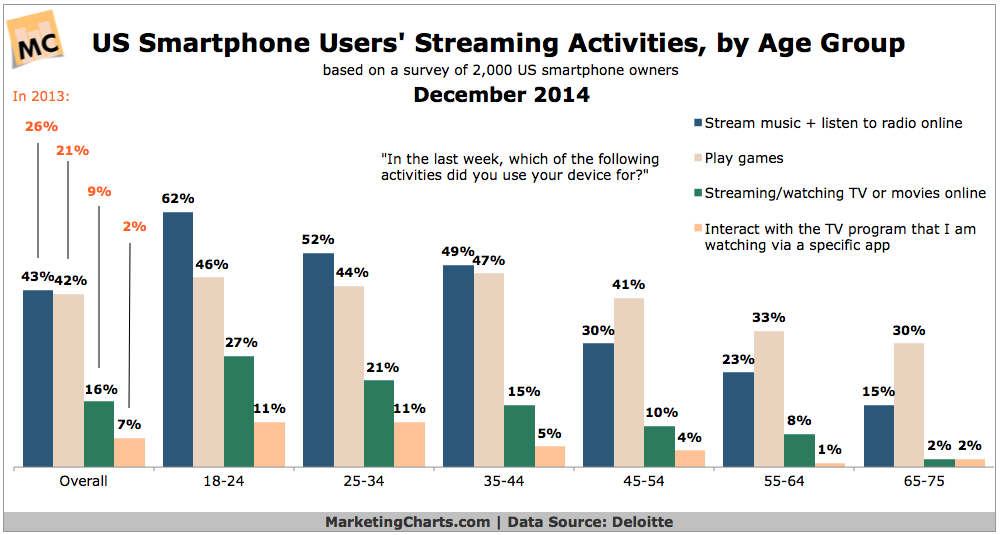 Some 43% of US smartphone-owning adults report having used their device to stream music and listen to online radio during the week prior to Deloitte’s survey, with this figure up from 26% in the prior year’s survey. While fewer (16%) said they had streamed or watched TV or movies online using their devices, that was almost double the figure from a year earlier. Predictably, use of streaming services is highest among youth. Interestingly, though, 35-44-year-olds were the most likely to report playing games on their smartphones, with 47% claiming to have done so within the prior week. Source: Deloitte