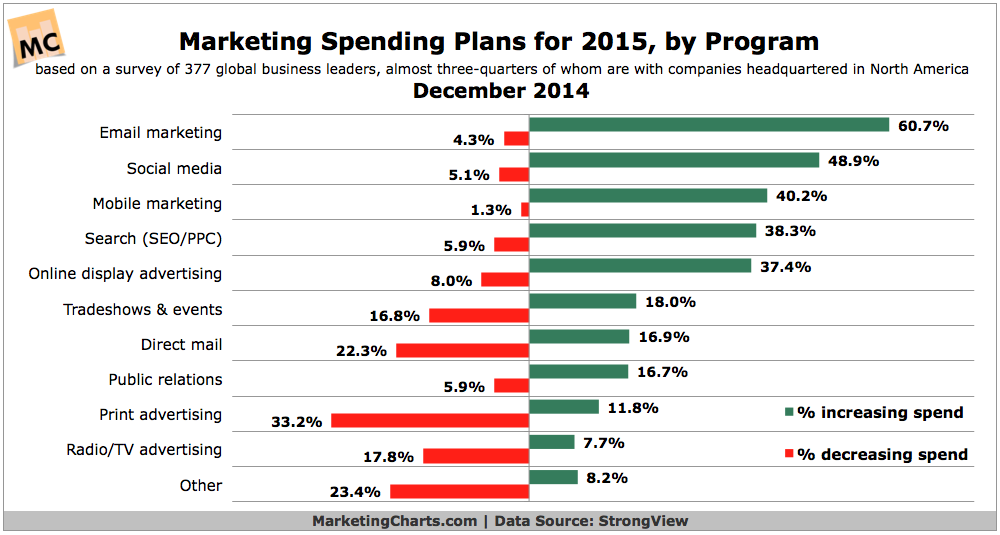 Business leaders are generally optimistic about the direction their marketing budgets will take next year, according to a StrongView survey [PDF]. Indeed, 54% expect their budgets to grow next year (up from 46% in last year’s survey), with one-third of those forecasting budget growth of at least 10%. So which channels are slated for increases – and which will see budget cuts?

The findings strike a familiar tone with respect to the online-offline divide. In other words, digital marketing channels are those topping the list of planned budget increases, while traditional channels head the list of those set for budget reductions. Within the US, this shift has been in the works for quite some time, even though survey data suggests that traditional media advertising continues to perform very well relative to online advertising. Read the rest at MarketingCharts.