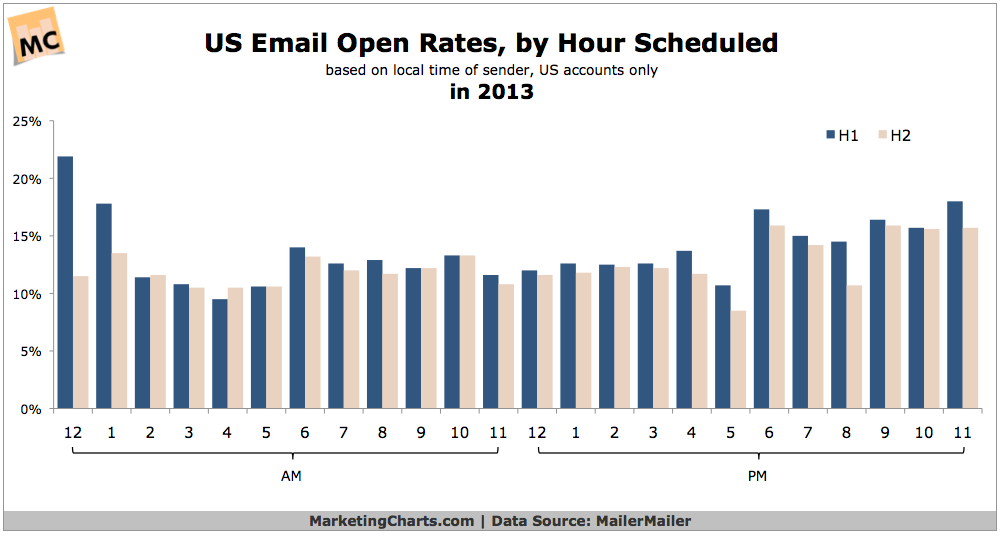 Mailer Mailer has released its latest annual “Email Marketing Metrics Report” analyzing data from almost 1.2 billion opt-in newsletters. While the topic of timing seems to often inspire debate as to its usefulness (and should always be based on an individual list’s performance), it’s certainly interesting to look at general trends based off a large sample.