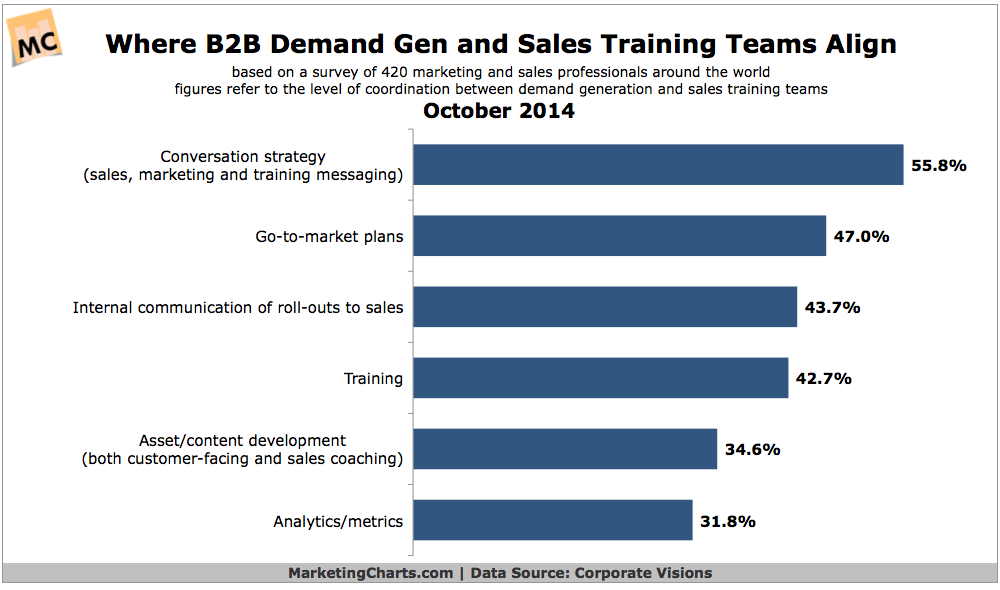 Only about 1 in 10 B2B marketers and salespeople from around the world report a complete level of coordination between their demand generation and sales training teams, per Corporate Visions, although roughly 85% report at least some degree of coordination. Alignment was (unsurprisingly) tied to performance, with 4 in 10 saying that their alignment leads to better lead conversion and closed deals, and one-quarter reporting that their lack of alignment leads to lost lead conversion and closed deals. In terms of the areas of alignment, conversation strategy (55.8% coordination) is highest, while asset/content development (34.6%) and analytics/metrics (31.8%) are lowest. Source: Corporate Visions