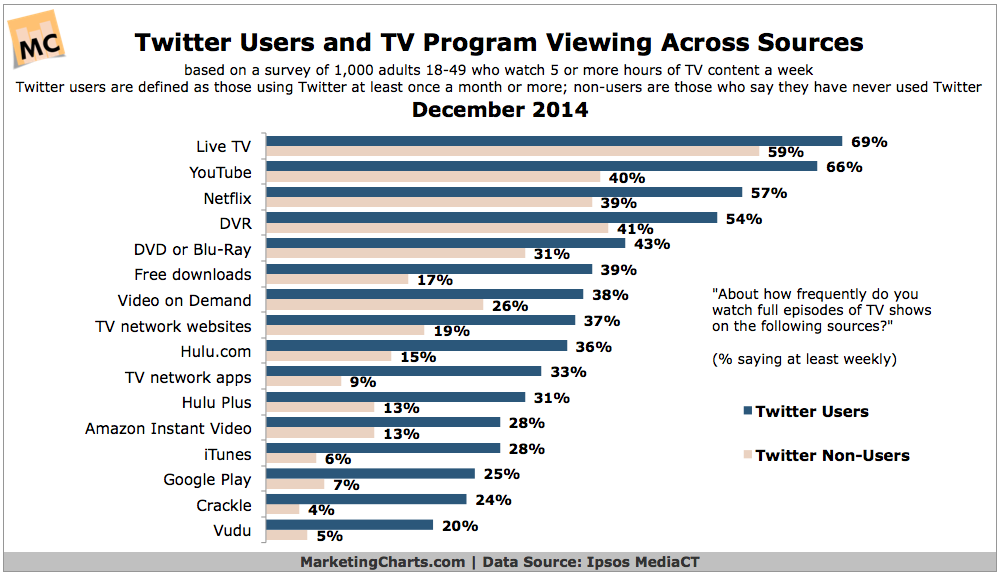 Twitter users are more likely than non-users to watch various types of video content during a typical week, ranging from broadcast TV (67% vs. 63%) to online subscription video-on-demand (52% vs. 35%), according to data released from an Ipsos MediaCT study. What’s more, they turn to a variety of sources for TV show content at a greater rate than non-users, per the study. For example, they’re more likely to watch TV shows on Netflix (57% vs. 39%), TV network websites (37% vs. 19%), TV network apps (33% vs. 9%) and iTunes (28% vs. 6%). Not surprisingly, then, they’re also more apt to describe themselves as experts about TV and as people whose opinions are sought regarding TV shows. Source: Ipsos MediaCT