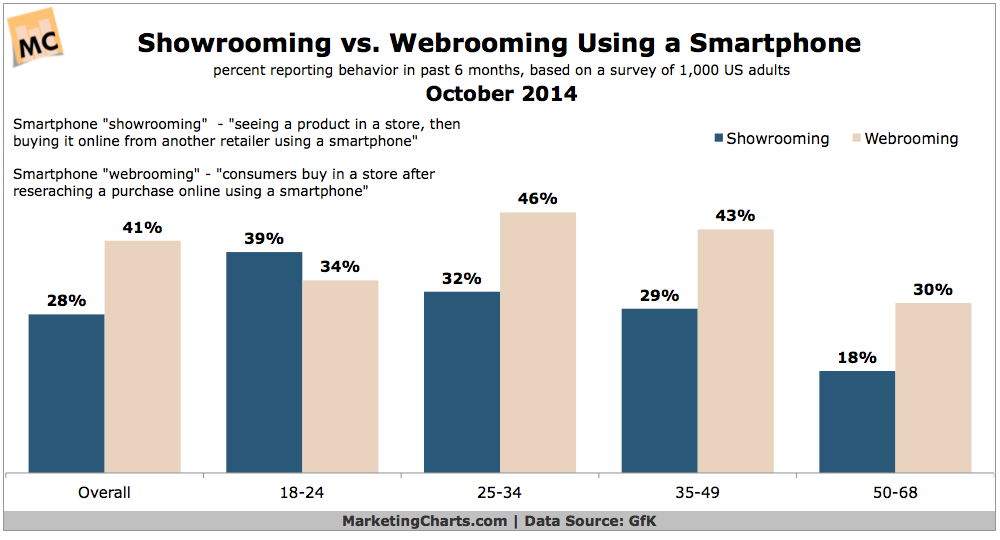 Consumers (ages 18-68) are more likely to research a purchase online using a smartphone and then buy it in-store (“webrooming”) than they are to see a product in a store and then buy it online from another retailer using a smartphone (“showrooming”), details GfK in a new study. In fact, just 28% of respondents this year reported showrooming during the prior 6 months, down from 37% last year. By comparison, 41% reported webrooming this year. Of note, while webrooming is considerably more popular than showrooming among most age groups, 18-24-year-olds are more likely to have engaged in showrooming. Source: GfK