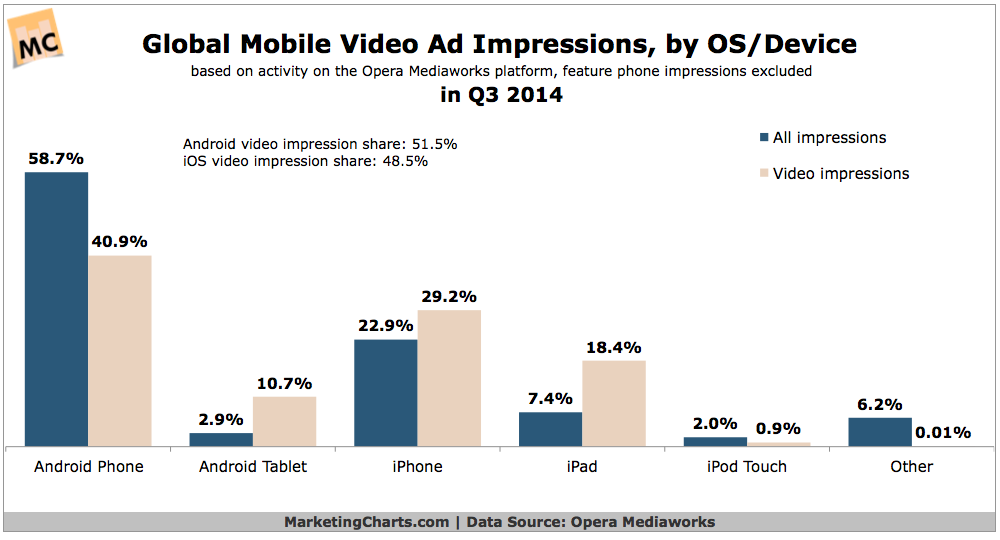 While iOS devices accounted for just 32.3% of global mobile ad impressions served during the third quarter on the Opera platform, they represented 48.5% of video ad impressions. Both Android tablets and iPads accounted for a far higher share of mobile video ad than overall impressions, a reflection of the popularity of video on tablets. Of note, though, Android phones were under-represented in their share of video ad impressions relative to overall impressions, while iPhones over-indexed on this measure. Opera also notes that slightly more than 1 in 10 mobile ads in the US are now video; the global average is 8.7%. Source: Opera Mediaworks