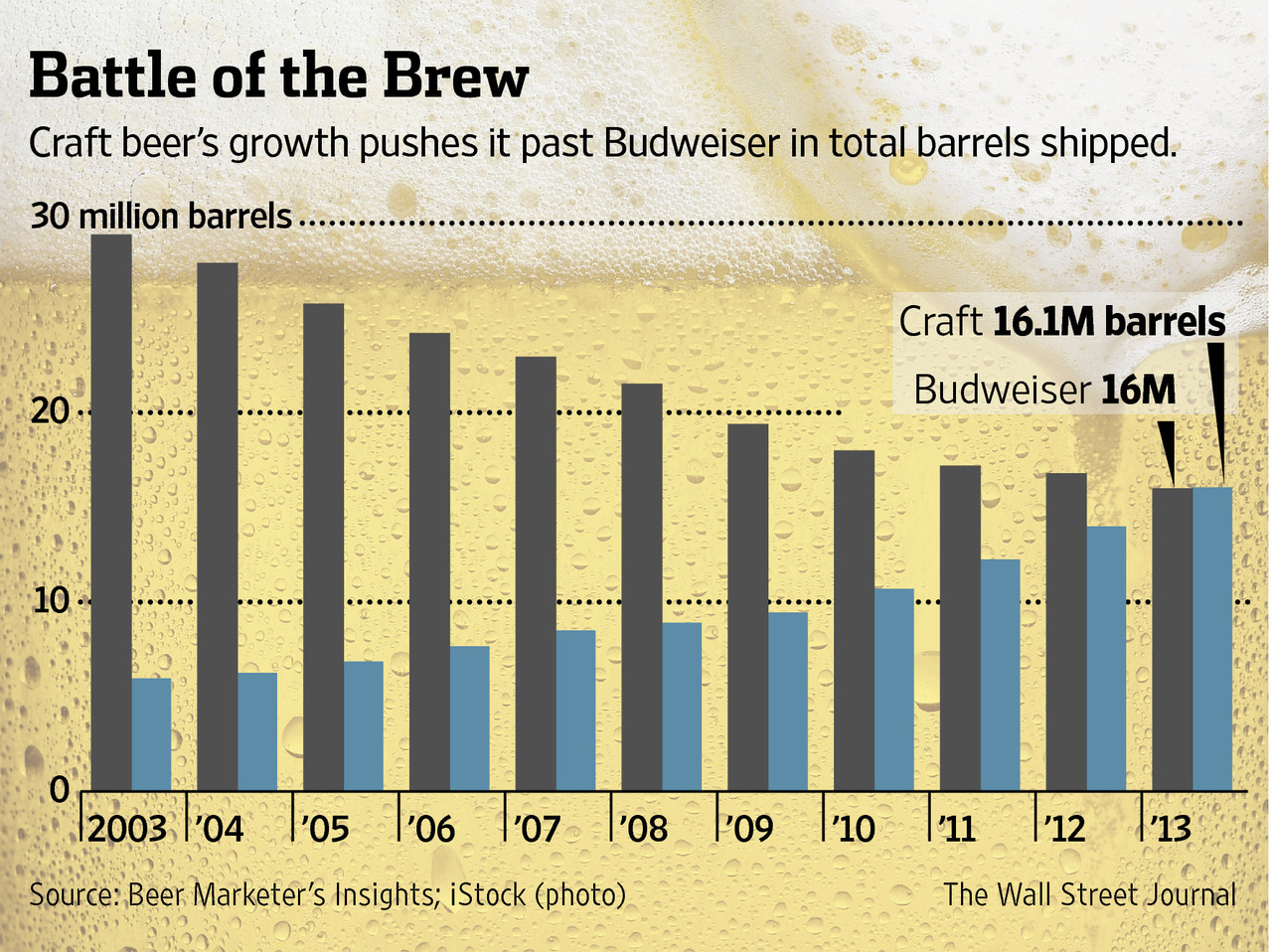 Budweiser has a 7.6% share of the $100 billion U.S. beer market, down from 10% five years ago, and 14.4% a decade ago, according to Beer Marketer’s Insights. The biggest Budweiser drinkers are between the ages of 28 and 34 and consumption among that age group will decline as they settle down.

AB InBev looks at 20-somethings as a new market to tap. The number of people turning 21 peaked in 2013 at around 4.6 million. They represent the largest number of new drinkers since the Baby Boom, according to the National Beer Wholesalers Association.

In their demographic, craft beer makes up 15% of their out-of-home buys, compared with 10% for older generations, according to Nielsen, and it is growing by two percentage points a year. They also consume more cider, flavored-malt beverages and ready-to-drink cocktails. Read the rest at Wall Street Journal.