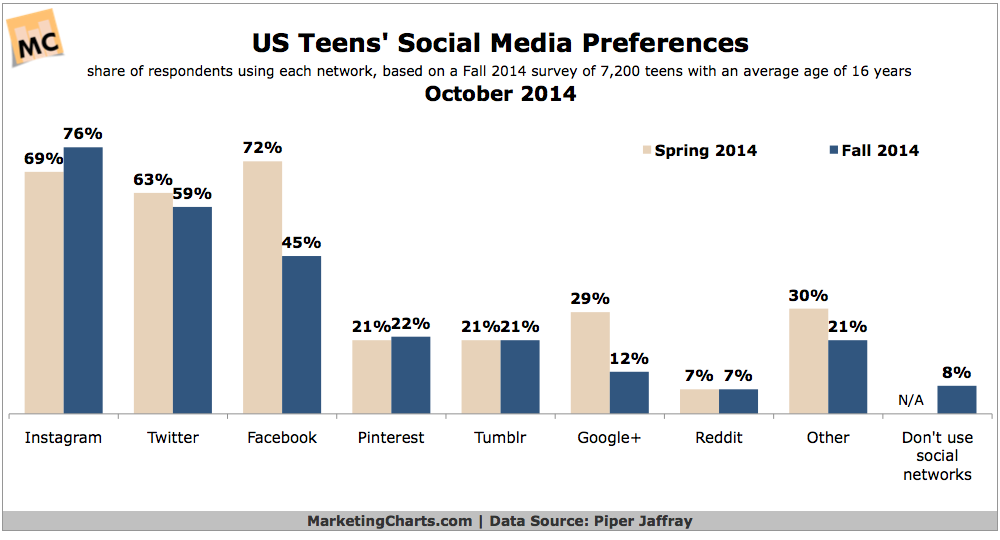 Teens continue to gravitate to Instagram and away from Facebook, finds Piper Jaffray in its latest semi-annual survey of American teens. Roughly three-quarters of respondents reported using the visual platform, up from 69% in the previous survey. By comparison, just 45% said they use Facebook, a significant drop from 72%.(Perhaps all those almost-year-old reports of teens fleeing Facebook are finally coming true?)

In any case, Facebook’s decline was enough to move it behind Twitter in the popularity stakes. The micro-blogging site is now the second-most used among teens, but doesn’t seem to be making inroads: the 59% adoption rate in this latest survey marks a slight decline from 63% in the preceding report.

Meanwhile, Pinterest and Tumblr have stayed relatively flat, used by slightly more than 1 in 5 teens, while Google+ tumbled from 29% to 12% using. Read the rest at MarketingCharts.