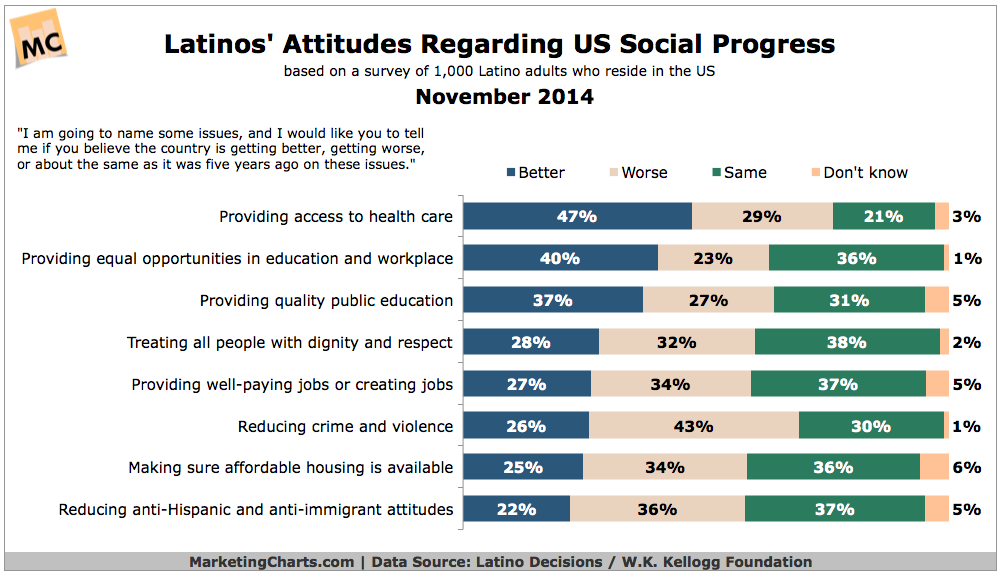 Latinos are generally optimistic about the direction the country is taking in health care, equal opportunity and jobs, but they also feel that Latino discrimination is getting worse (36%) rather than better (22%), according to a survey conducted by Latino Decisions for the W.K. Kellogg Foundation. The study also finds broad optimism about economic opportunities that lie ahead, but that many Latino families are living in a state of economic fragility. In fact, 53% reported that they’d be unable to draw on a loan from family or friends should they fall upon tough economic times, and 53% could not secure a bank loan.

Perhaps as a result, the national issue that respondents are most concerned with regards creating more jobs and fixing the economy, with 23% selecting this as their top issue from a list of 12. Immigration reform and deportations (18%) is Latinos’ second-largest concern, followed by gun violence/gun control/crime/public safety (12%) and education/schools (9%). Read the rest at MarketingCharts.