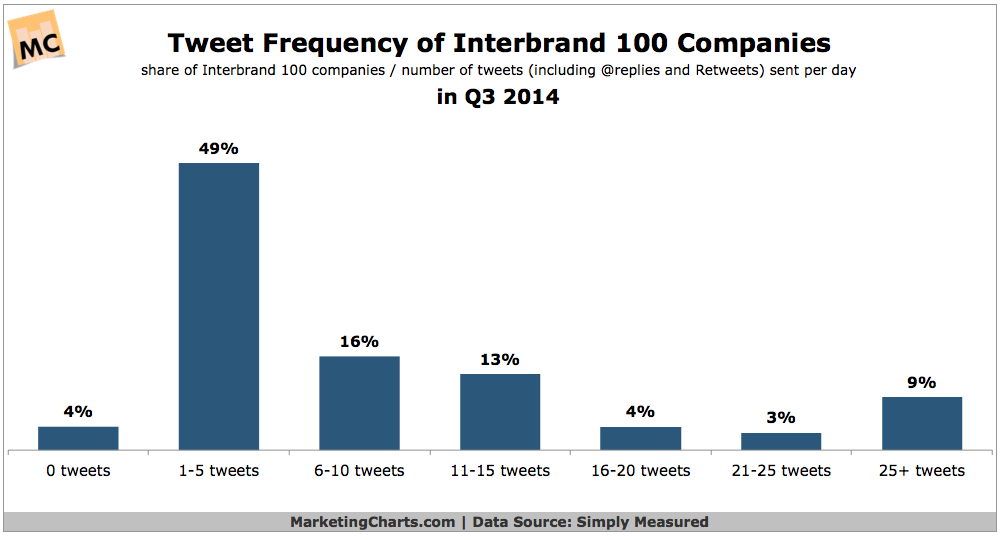 98 of the Interbrand 100 companies have a Twitter account, and 94 tweet at least once a day, per Simply Measured. Roughly half tweeted 1-5 times per day (including @replies and Retweets), according to the analysis of Q3 2014 activity, and 29% tweeted more than 10 times daily. Excluding @replies and Retweets, 77% of brands tweeted 1-6 times per day, while only 4% tweeted at least 10 times a day. Are they wasting their time? Forrester Research thinks so, suggesting that marketers concentrate instead on platforms with high engagement rates, such as Instagram. Source: Simply Measured