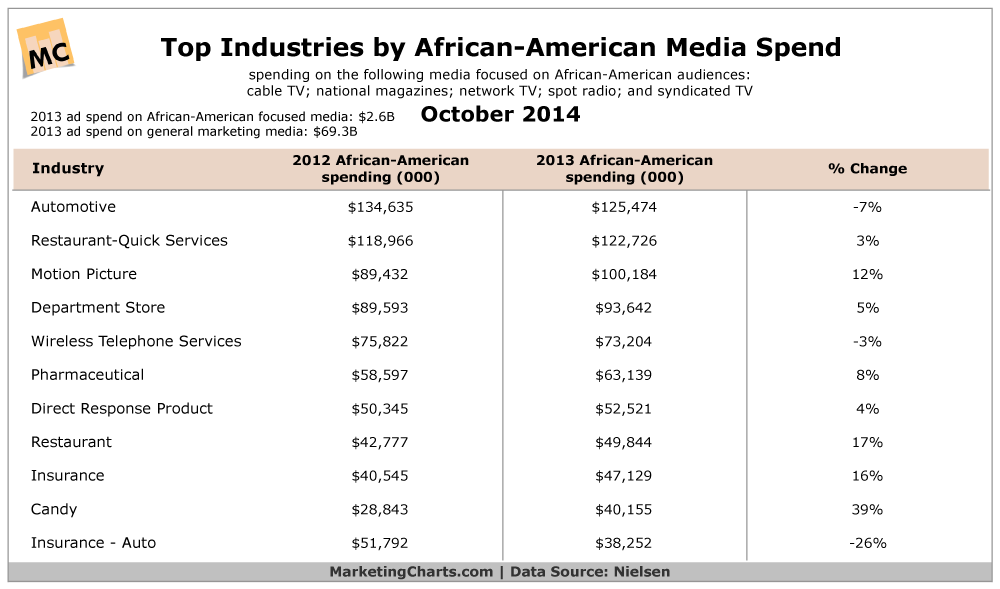 African-Americans represent 14.4% of the American population, yet only 2.6% of major media advertising is spent on African-American media, details Nielsen in a recent study, with this imbalance relatively unchanged from last year. The report notes that a growing share of African-American households earn at least $50,000, and that this consumer segment’s purchasing power is growing. Indeed, as of Fall 2013, African-Americans controlled an estimated 9% of national discretionary spending, a substantial increase from the 3 years prior (7.7-7.9%).

But while African-Americans value diversity in advertising, spending on African-American-focused media remains low relative to overall major media ad spending. Indeed, the $2.6 billion spent with media focused on African-American audiences (on cable TV, national magazines, network TV, spot radio and syndicated TV) comprised just 2.6% of the $69.3 billion spent on those platforms last year. That $2.6 billion did, however, represent a 7% increase from 2012 – as opposed to a 2% increase in overall major media spend. Read the rest at MarketingCharts.