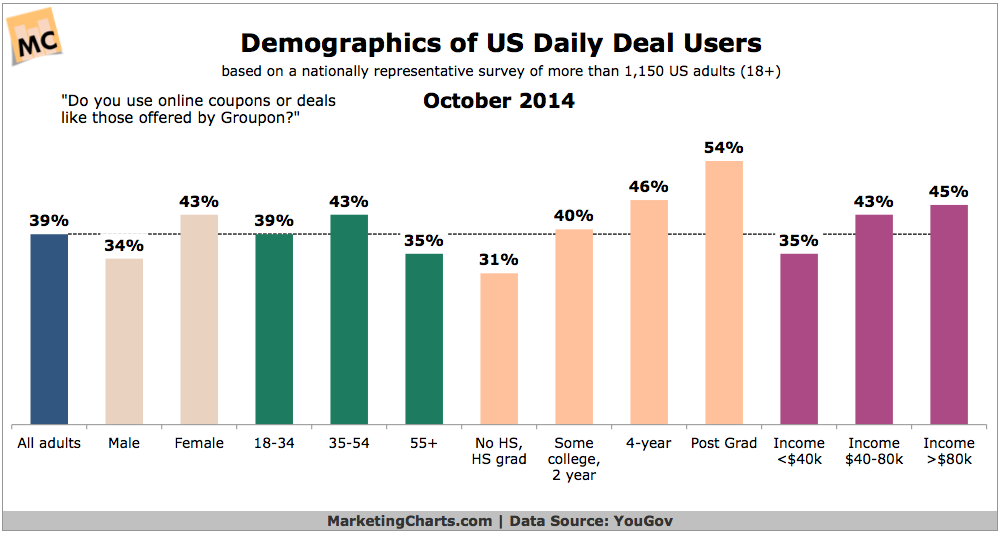 Roughly 4 in 10 American adults use online coupons or deals like those offered by Groupon, per YouGov, with these deals more popular among women (43%) than men (34%). Among age groups, daily deals are most popular with 34-54-year-olds (43%), although there is no significant difference when sorting by race/ethnicity. Adults with a post-graduate education, though, are significantly more likely than those with a high school degree or less to use daily deals (54% vs. 31%). And of note, respondents with income of more than $80k are almost 29% more likely than those with income less than $40k to use daily deals (45% vs. 35%). Source: YouGov