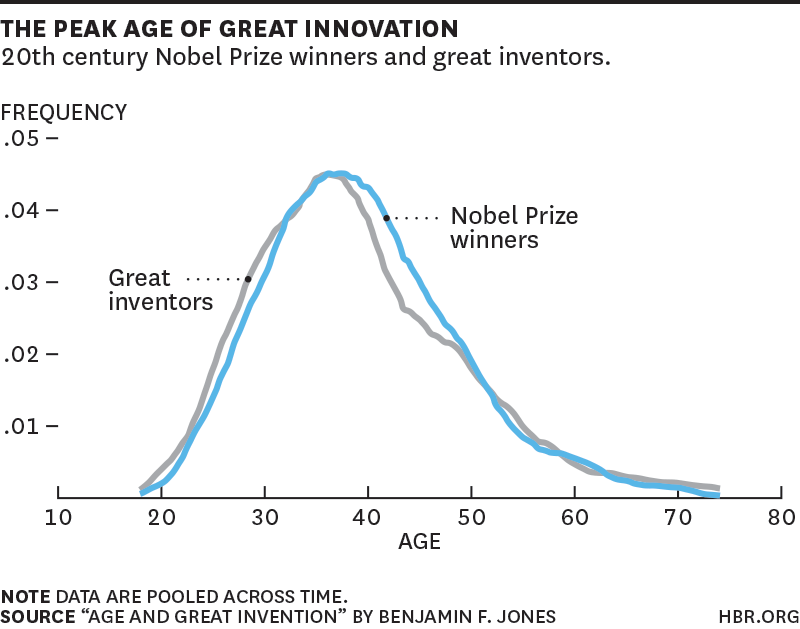 In a 2010 paper, Benjamin Jones of Kellogg examined the age of Nobel prize winners and great inventors throughout the 20th century and found a relationship consistent with the age-related creativity curve described by Ezekiel Emanuel.

The innovators in both groups did the bulk of their breakthrough work in their 30s and 40s. Virtually none of them completed it before age 20, but only 14% did so after age 50. Read the rest at Harvard Business Review.