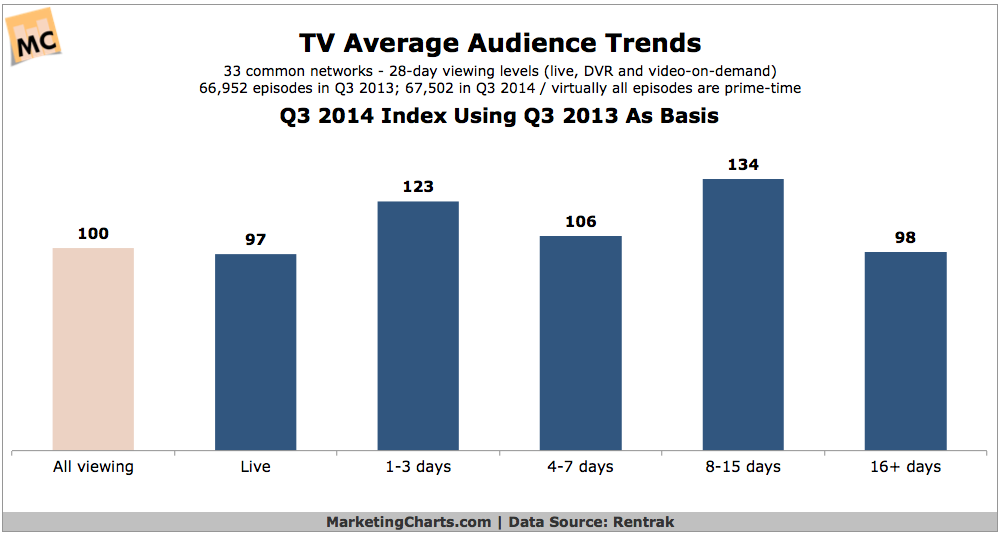 The topics of TV consumption and cord-cutting have been back in the national conversation with the recent rash of announcements regarding stand-alone streaming services from the likes of HBO and CBS. MarketingCharts has been tracking trends in traditional TV consumption on an age basis for several quarters; now new data from Rentrak’s Chief Research Officer Bruce Goerlich adds another dynamic to the discussion.

Goerlich tackles the topic of the decline in TV viewing that’s been in the media and marketing trade press (not guilty of that here!) by delving into viewership of 33 common networks across Q3 2013 and Q3 2014. Unlike Nielsen’s sample-based data, Rentrak’s system “reports episode-level viewing for programs that were common across live TV, DVR playback for up to 15 days, and Video on Demand for up to 28 days.” Essentially, this audience data is taken from cable and satellite set-top boxes. Read the rest at MarketingCharts.