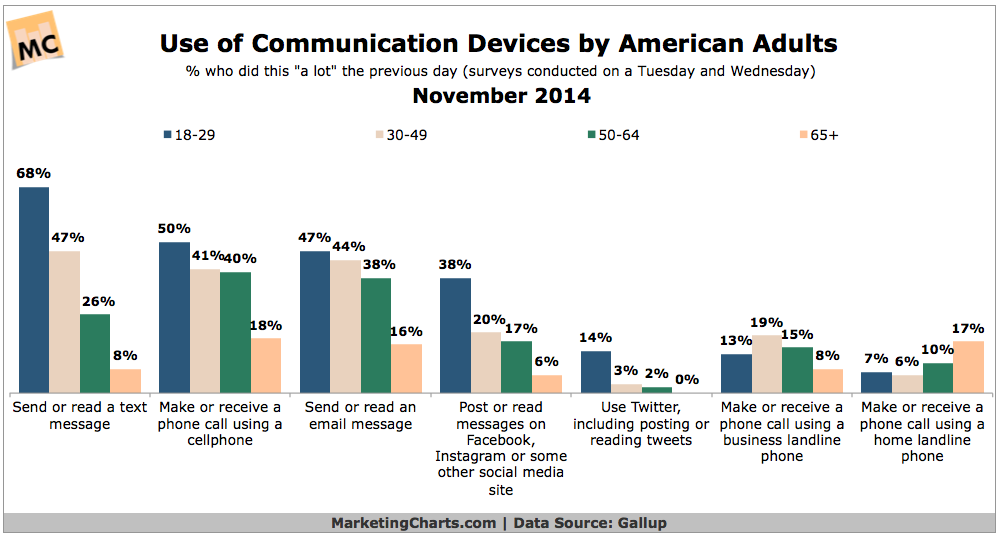 Asked how frequently they used each of 7 modes of communication “yesterday,” (with the surveys conducted on a Tuesday and Wednesday), adult respondents under the age of 50 reported that texting was the form of communication they most frequently used, followed by emails for those aged 30-49 and phone calls using a cellphone for those aged 18-29. Some 38% of 18-29-year-olds said they had posted or read messages on a social media site “a lot,” while 14% had frequently used Twitter the previous day. Both figures were far higher for the 18-29 bracket than for older age groups. Source: Gallup