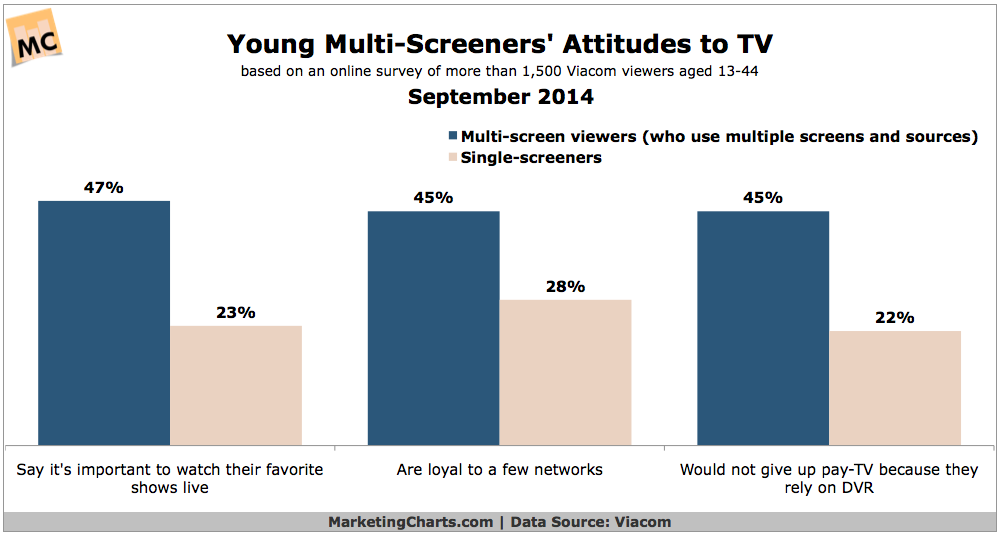 Multi-screeners are twice as likely as single-screeners to say it’s important to watch their favorite shows live (47% vs. 23%), according to a Viacom survey of more than 1,500 Viacom viewers aged 13-44. The survey results also indicate that multi-screeners are more likely to be loyal to a few networks and less likely to give up pay-TV because they rely on DVR. Separately, the Viacom survey finds that live TV retains a key role in viewing behavior across the age groups tracked despite the proliferation of viewing screens and sources. Source: Viacom