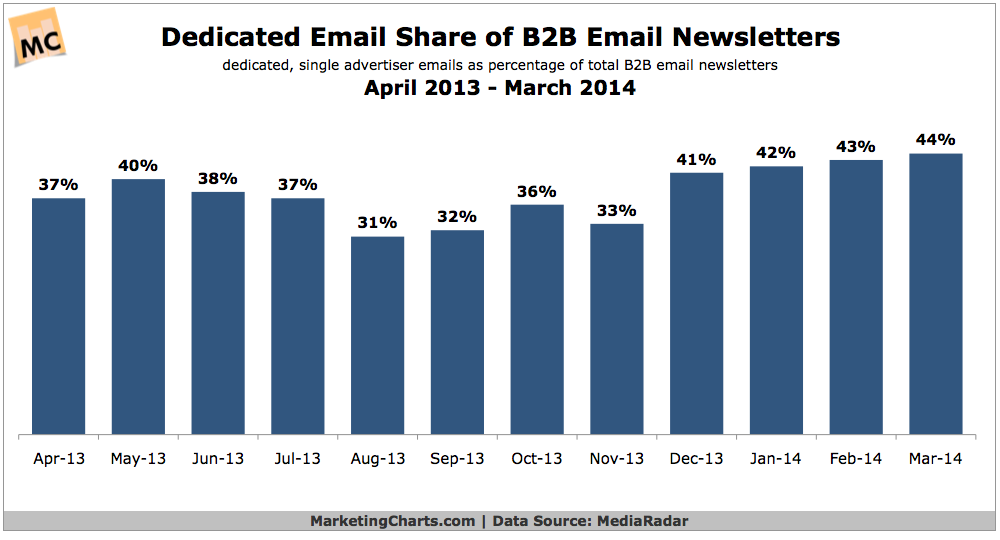 In a year-long (March 2013-March 2014) study of almost 20,000 advertisers in 2,905 B2B email newsletters, MediaRadar reveals that 31% of advertisers only bought in email. During the study period, dedicated emails – in which there was a single advertiser – comprised 38% of email newsletters, with that share increasing during early 2014. The analysis also notes that, overall, 57% of ads were served above the fold. Source: MediaRadar