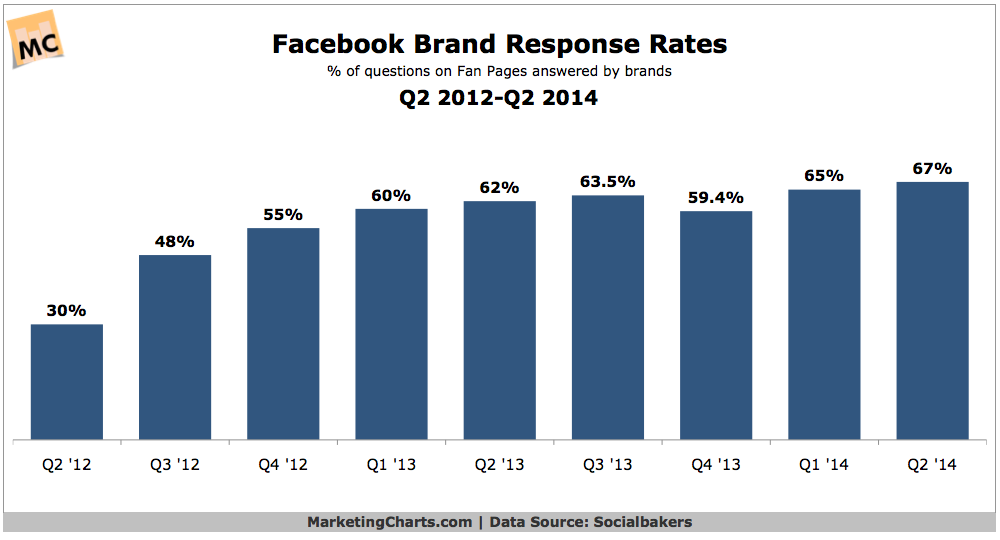 Brands around the world responded to an average 67% of users’ wall questions in Q2, inching up from the previous peak of 65% set in Q1, per Socialbakers data. The airline (84%) and telecom (81.4%) industries set the standard in Q2 with both the highest response rates and the quickest response times, a particularly impressive result for the telecom industry given that it receives 3 times more questions than the next-highest industry. Meanwhile, although the average response time improved by a half-hour from Q1, the average response time still exceeds 24 hours. Source: Socialbakers