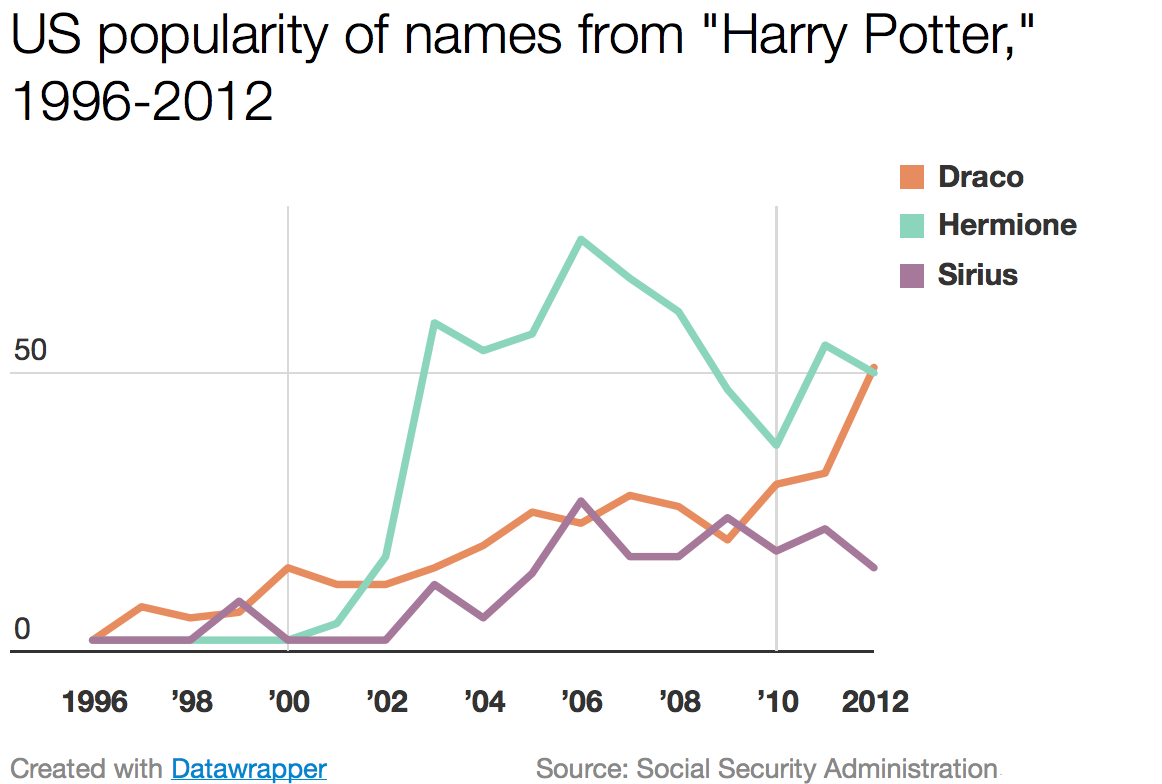 Of course, Game of Thrones is hardly alone among sci-fi and fantasy literature in changing parental naming practices. “Hermione,” “Draco,” and “Sirius” all gained popularity after being featured in the Harry Potter books; the characters Hermione and Draco were present from the first book (out in 1997, movie in 2001), while Sirius was introduced with the third (out in 1999, movie in 2004). Read the rest at Vox.