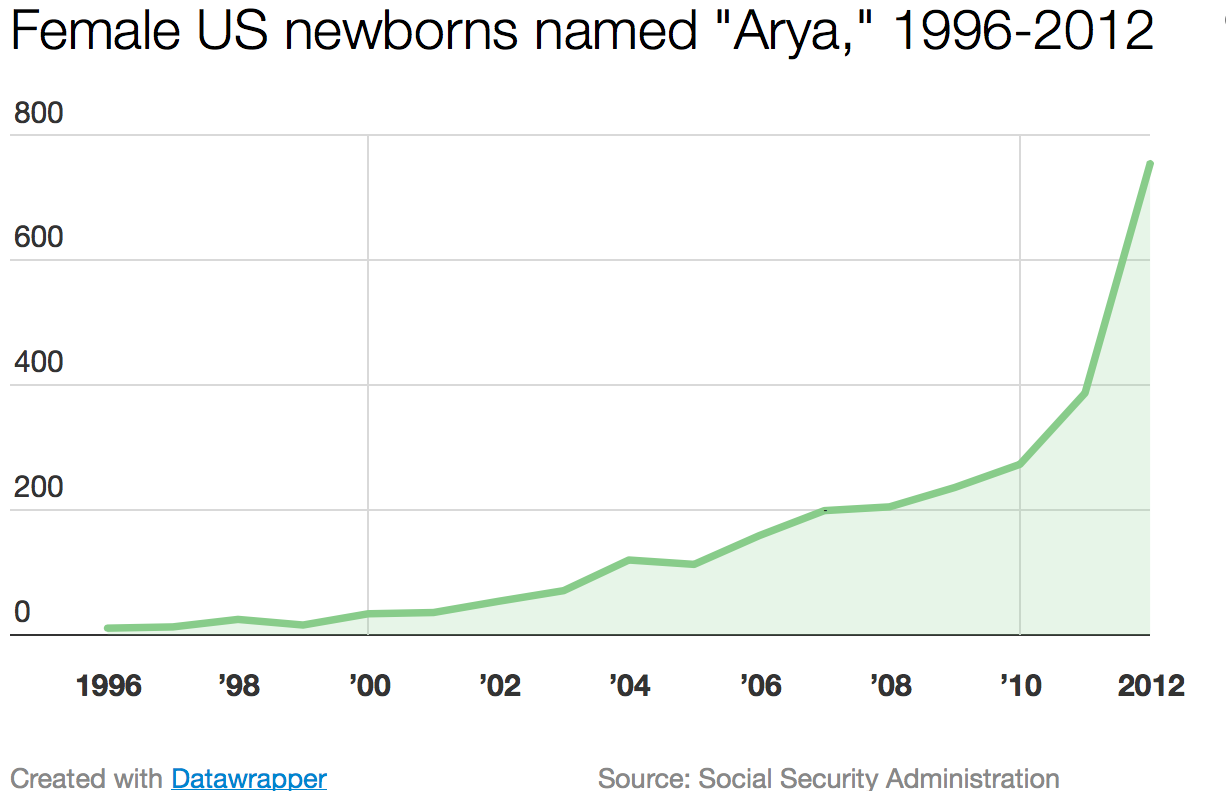 Another fan favorite character, the itinerant orphan Arya Stark, also seems to have inspired a few hundred baby names. Causality is harder to determine here than with “Khaleesi,” as “Arya” is a real name (mostly for boys) whereas “Khaleesi” is a made-up term invented by George R.R. Martin (who wrote the books on which the show is based). So it’s possible that “Arya”‘s fluctuations in popularity can be attributed to non-Game of Thrones factors.

But the name surged in popularity with girls in 2011 and 2012, after the show premiered. Also suggestive is the fact that it was barely used as a girl’s name before Martin’s first book came out in 1996 (it was used less than five times and thus not in the SSA’s data in 1995, and in the two years previous), and has since steadily risen in popularity. Read the rest at Vox. 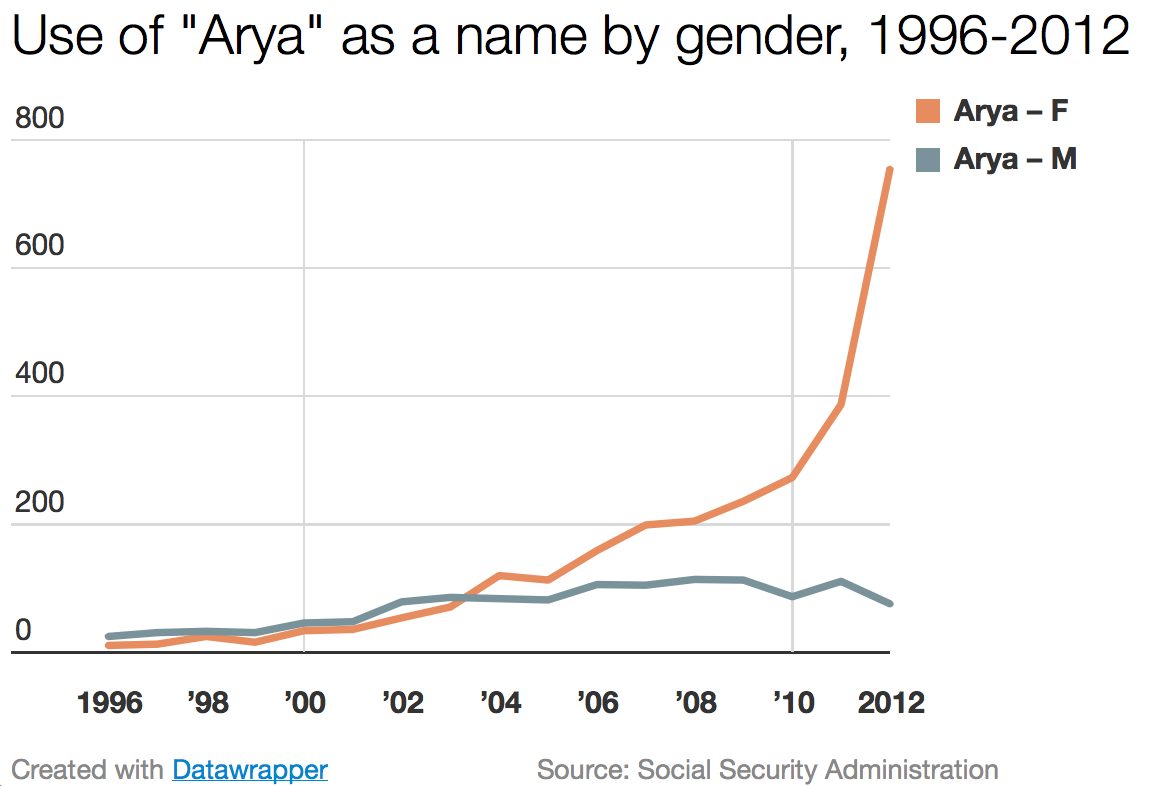