A recent research report by Resolution analyzes 20 clients’ social media activity in 2013 representing $37 million in ad spending. Advertisers invested 127 percent more in Facebook than Twitter in 2013 and 159 percent more in Q4 as they ramped up their holiday campaigns. The impressions offered by Facebook exceed those of Twitter by so much that Facebook consistently delivers more clicks despite offering a much lower CTR on average. In fact, Twitter delivered a much higher CTR throughout 2013. Read the report [PDF]. 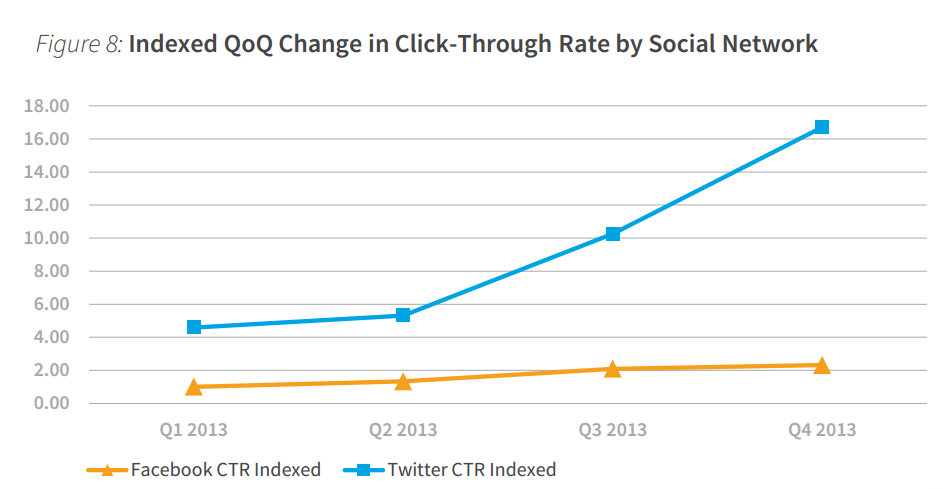