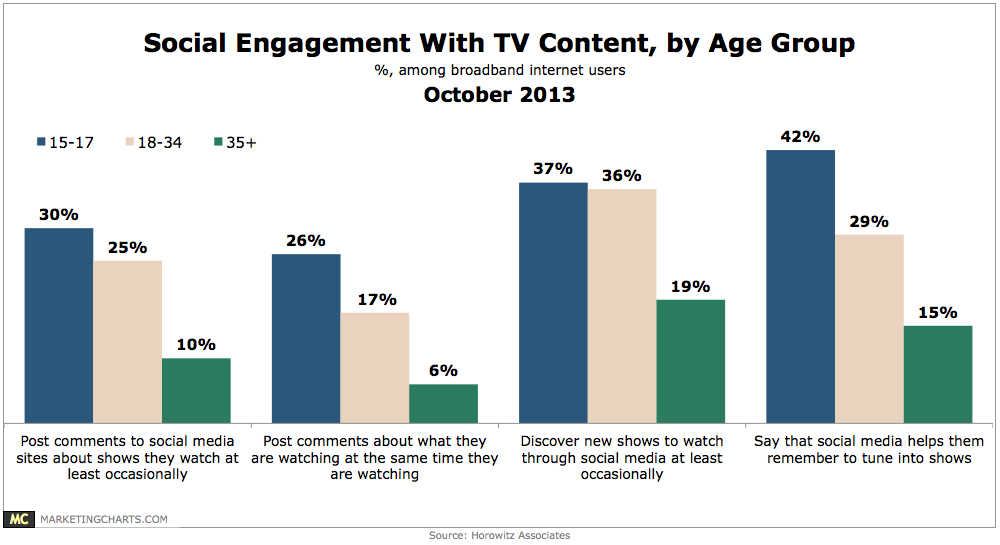 3 in 10 broadband internet users aged 15-17 say they occasionally post comments to social media sites about the TV shows they watch, a figure which remains relatively high (25%) among 18-34-year-olds, but drops to just 10% of respondents aged 35 and older, according to survey result from Horowitz Associates. (To be fair, the figure for the 35+ crowd could be heavily influenced by low rates among older Americans, many of whom aren’t using social networks.) A good deal of those commenters are engaging on social while watching TV.

Specifically, 26% of the 15-17-year-old respondents said they post comments while watching TV, as do 17% of 18-34-year-olds. This activity is much less common among the 35 and older crowd (6%), though the same caveat applies with respect to the broad age range. Read the rest at MarketingCharts.