Facebook is easily the leading social referrer of traffic, confirms a new report from Shareaholic, which analyzed 13 months of data collected from 200,000 publishers reaching more than 250 million unique monthly visitors. Referring more than 10% of site traffic to the publishers, Facebook’s share of referrals has grown by 58.8% since September of last year (6.53%). But it’s Pinterest that has demonstrated the most rapid growth over that time period, with its share of traffic growing by 66.5% to 3.68%. In fact Pinterest now drives more traffic than Twitter, StumbleUpon, Reddit, and others – combined.

(And yes, the same can be said for Facebook, which drives more traffic than all others including Pinterest, combined.) Read the rest at MarketingCharts. 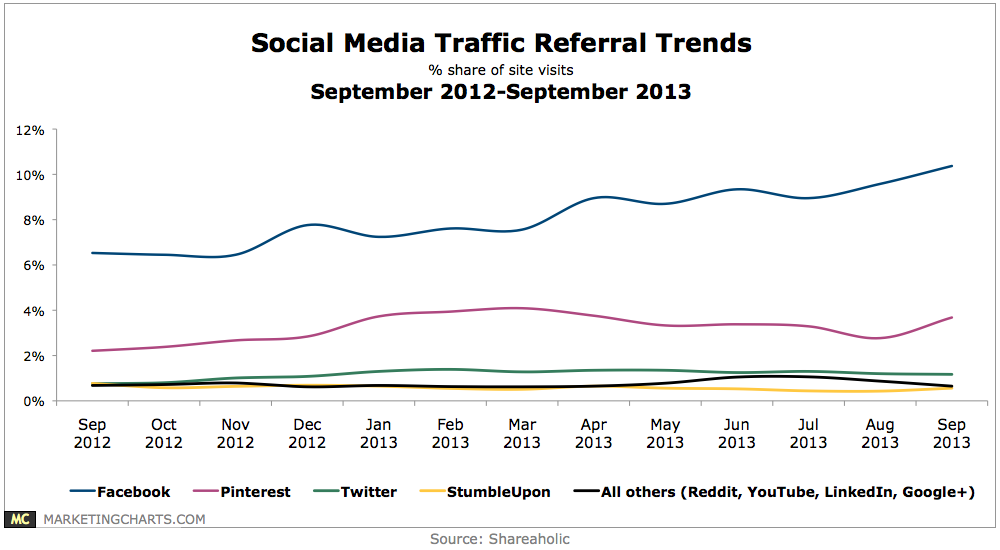