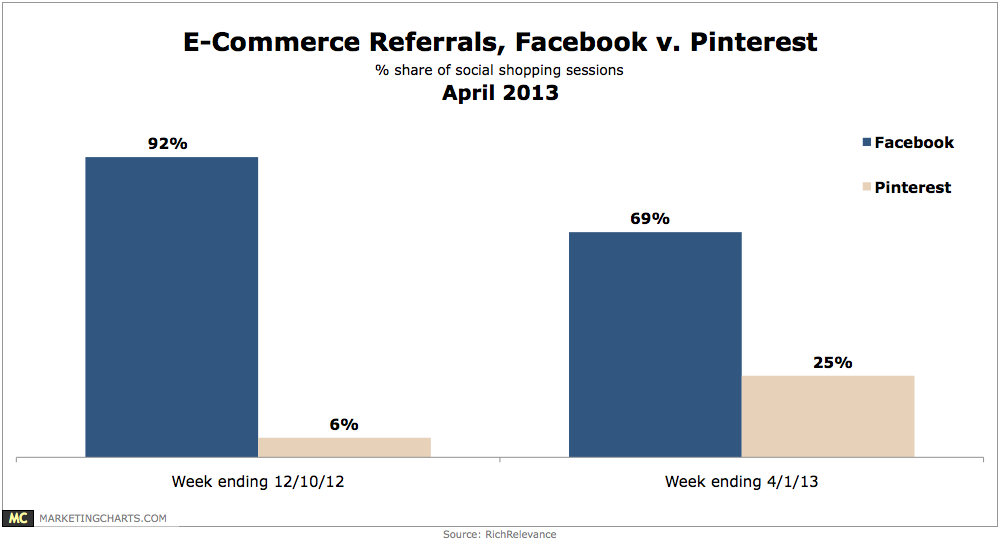 Pinterest is becoming a more influential source of social e-commerce referral traffic, per data released by RichRelevance. Between the week ending December 10, 2012 and the week ending April 1, 2013, Pinterest’s share of social shopping sessions grew from 6% to 25%, while Facebook’s share decreased from 92% to 69%. The remaining platform analyzed, Twitter, has seen a steady, albeit more muted growth in traffic share, but remains a somewhat fractional player.

Not only is Pinterest accounting for a greater share of weekly shopping sessions, but those sessions result in higher average order values than for Facebook referrals. On average, Pinterest shoppers spent $153 per order between November 20, 2012 and April 1, 2013, compared to $85 per order for Facebook shoppers. Read the rest at MarketingCharts.