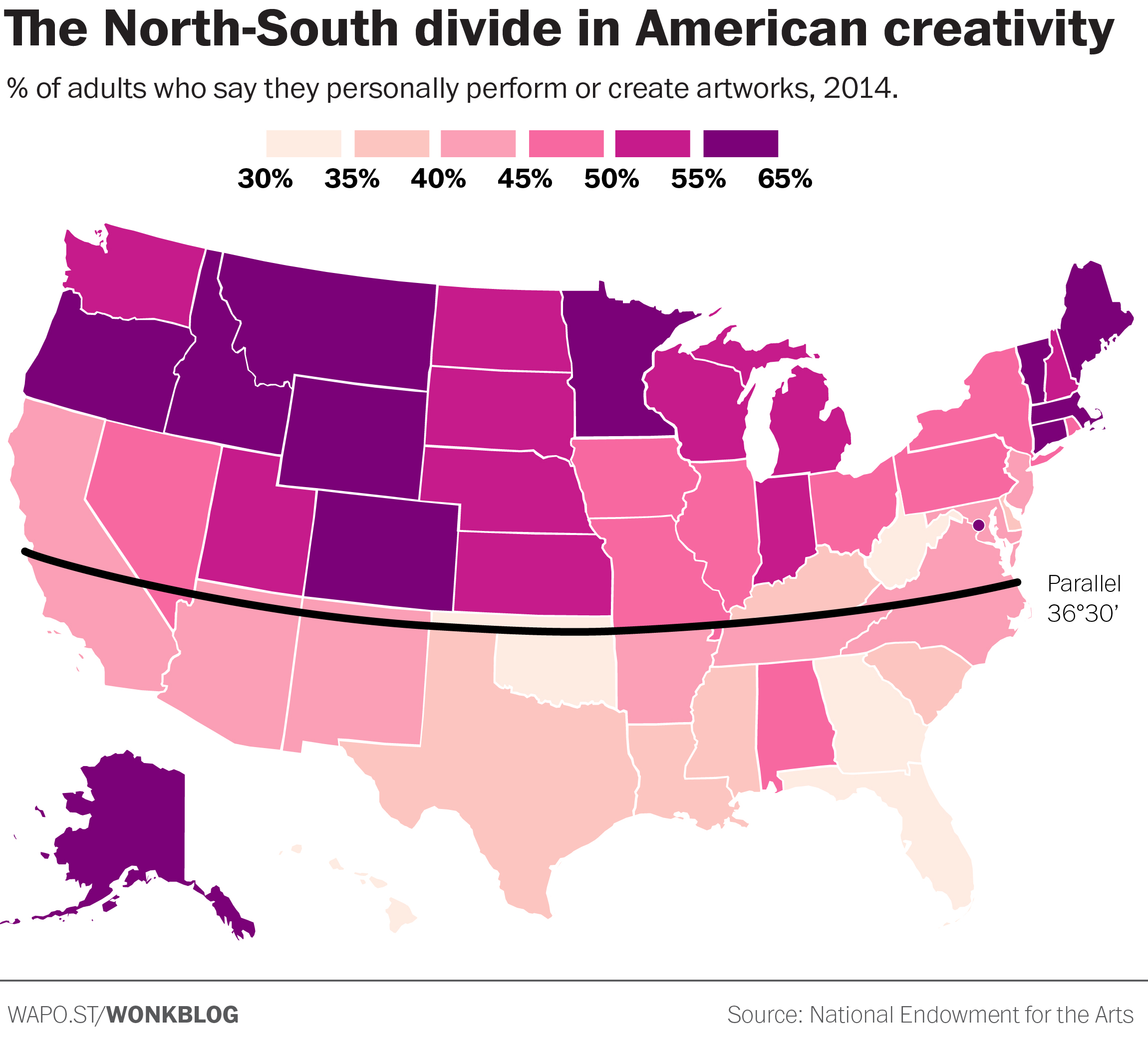 New data recently released by the National Endowment for the Arts suggests that there’s an awful lot of creativity happening far inland from America’s coastal tech and arts hubs, The Washington Post reports.

Among other things, the NEA worked with the Census to poll residents of all 50 states on their participation in the arts, particularly whether they performed or created works of art in 2014.

Those data reveal a somewhat surprising pattern: America’s Great Creative Divide isn’t between the coasts and the center, but rather between North and South.