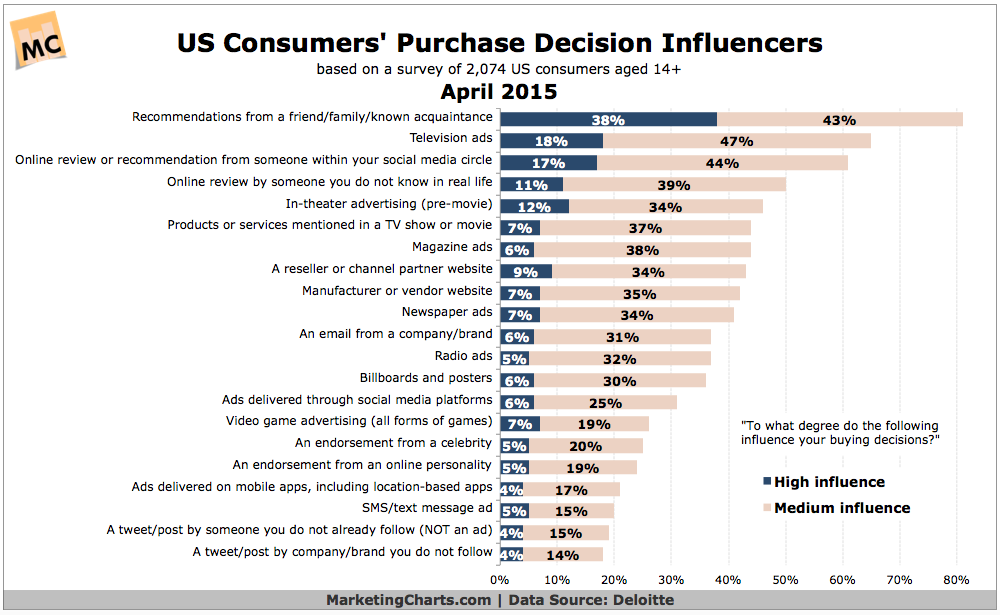 When it comes to influencing consumers’ purchases, word-of-mouth continues to outperform all paid media, finds Deloitte in recently-released survey results [PDF], which show 8 in 10 Americans aged 14+ saying recommendations have a medium (43%) or high (38%) influence on their purchase decisions. But among paid media, TV still commands the broadest degree of influence, cited by almost two-thirds of respondents.

Those results align with findings from a global Nielsen survey released in late 2013, in which TV topped all media in terms of buying influence, but remained behind word-of-mouth. Read the rest at MarketingCharts.